Silly Gunslinger Joe has learned from his mistakes with his private terminal and now tries to remember passwords. But he's gotten more paranoid and chose to develope an additional method: protect all his private stuff with a secure locking mechanism that no one would be able to figure out! He's so confident with this new method that he even started using it to protect all his precious gold. So … we better steal all of it! SSH: joes_gold@wildwildweb.fluxfingers.netPORT: 1415PASSWORD: 1gs67uendsx71xmma8

Start with ssh connection to the given server (whatever). In the home directory I found two files: FLAG and gold_stash.

I copied it to my desktop and 'strings' gave me: Joe and omg_joe_is_so_rich were found. Back to server.. enter username and password.. fail.. O_o. Ok, then I tried to check password locally.. and it was correct! 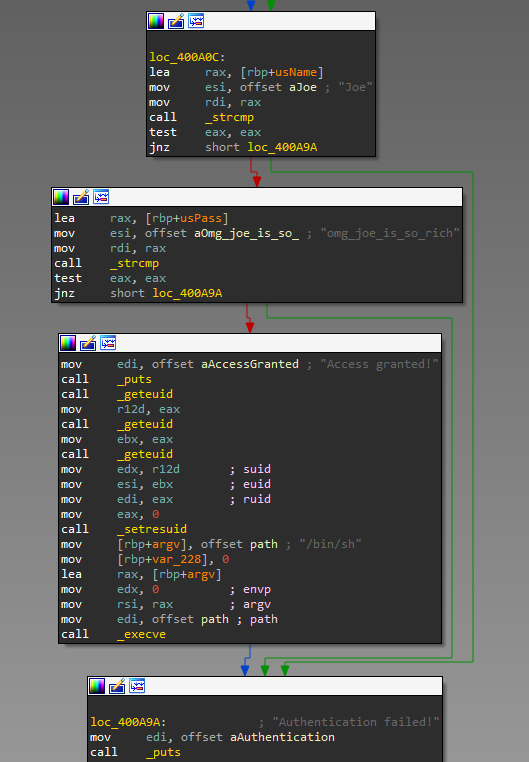 Ok, back again to server: I copied gold_stash to /tmp and start it.. password was ok, but suid bit was not copied and I was not able to read FLAG. So, something wreck my input or smth else.. I did 'lsmod' and found one strange module 'joe.ko'.

Then I've started RE it. In short this driver hooks sys_read and modify result of sys_read (name it as usInput) if it matches some conditions. The conditions are:

So I should have found such st that match encrypt(st) ==  "omg_joe_is_so_rich". Encrypt function code is quite simple: 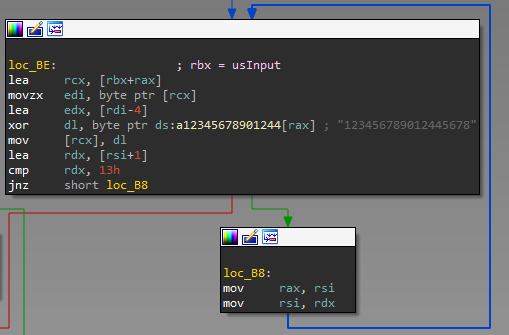 and valid password can be recieved by the following code: